Drinking contaminated water is a major cause of disease in Thomassique, especially among the very young (under age 5) and the very old. Medical Missionaries has explored various approaches to dealing with this problem and concluded that the approach that fits best in Thomassique is home-based water purification (rather than community-based purification). Earlier this year, we began a study of two home-based water purification systems, solar disinfection (SODIS) and a granulated chlorine system (Klorfasil). The results of that study were released just before our trip to Thomassique. The study report showed that both systems were equally effective in reducing water-borne childhood diseases, each reducing the incidence of diarrhea by half over the time of the study. 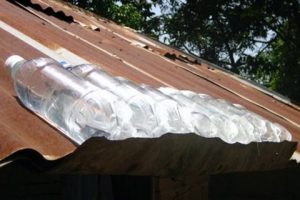 The SODIS system requires the user to place clear plastic bottles filled with water (from any source) in the sunlight for six or more hours. The scarcity of plastic bottles in Thomassique is proving to be a problem. Medical Missionaries is working with the people of Thomassique to try various approaches to finding new sources of bottles. 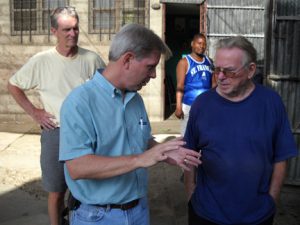 We were fortunate that the head of the Klorfasil company, Jon Steele, an American businessman from Atlanta, was at the company headquarters in Hinche, about an hour and a half from Thomassique. We met with Jon to talk about a marketing plan for Klorfasil in Thomassique. That meeting resulted in an agreement to begin distributing the system in at least one village of Thomassique and expand to other parts of the city as more systems become available. 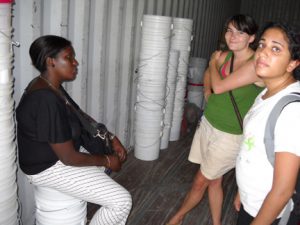 Our visit also offered us an opportunity to meet with Mdm. Jocelyn, the head of the Klorfasil program in Hinche. She has visited St. Joseph Clinic in the past to train women to use the system for our study. 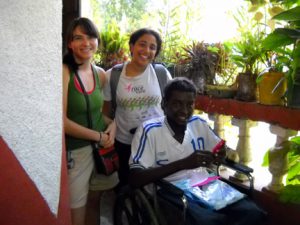 A second reason for our trip to Hinche was to visit Junior Charles, a former patient of the clinic and now friend to many staff at the clinic as well as our Fellows. We had a large suitcase full of medical supplies for him, a gift from his friends in the U.S.

Play football squares for a great cause and to win!

Happy Holidays! Medical Missionaries complete their 25th Anniversary Year and are rearing to start their next 25! Catch up on recent news.

November newsletter spotlights Midwives for Haiti and their work at St. Joseph Clinic, our wonderful volunteers collected thousands of pounds of food for Grundy and our Annual Appeal Letter.

Bring joy to the children of the Appalachia region of Southwest Virginia by donating to Medical Missionaries Holiday Toy Drive. Grundy is a poor community in Southwest, Virginia where many live in poverty

Advertise on this website!  Send email to info@medicalmissionaries.org for information on advertising opportunities.

Thank you for your support as we help the poorest of the poor.